The question will come a little further down, let’s think about Memorial Day first.

We ask much of our defenders and they deliver.  We should first demand that our leadership use force only as a last resort, as the human cost is incalculable.

Last month we were able to take an off-season trip to the Netherlands (note the link is an official Netherlands site in English; how polite and kind), Belgium, and France.  We were a little later this year than usual, early to mid-April, so the weather was warmer and there were more people.  I said more people but we did not really see crowds, except for the amazingly long line (1km?) to a ‘Fallout Boy’ concert at the Amsterdam ArenA on the way to our hotel.

Since we were a little more towards Spring than Winter, the hotel prices were a somewhat higher, but still within our retirement travel budget.  Restaurants were open and uncrowded.  The best part was that most of the museums and parks were like having private viewings.

We have been fortunate to travel to Europe a few times and have already seen the more popular tourist spots.  The ‘few times’ comes from a discussion we had some years back on how peoples’ motivation and ability to travel declines over time.  We made a conscious decision to make the most of our ‘now’ and attenuate our spending in other areas in favor of travel.  We try to mitigate the cost of travel by going off-season, shopping for the best air travel price, and using public transportation.  Typically, we’ll have breakfast in the hotel room, have a nice lunch at a restaurant, and sandwiches and desserts from a local supermarket in the room for dinner (usually an Albert Hein in NL and BE, Carrefour and Marks & Spencer in FR, Waitrose, Pret a Manger, and Marks & Spencer in GB). Bob and Sarah from the Success story! post gave us that tasty and money saving hint.

Many museums and attractions are free or can be discounted with city cards (Paris Pass, London Pass, Antwerp City Card).

Every museum was uncrowded and in some we had the exhibits completely to ourselves. My personal favorite this time was the Zadkine.  I had never heard of Ossip Zadkine before, but in my opinion he was an amazing and gifted sculptor.  I definitely recommend the Zadkine a part of any visit you make to Paris.  The museum is run by the City of Paris and entry is free.  The Zadkine is also very time friendly as it is compact – 45 minutes would be a very long visit.

Here are a couple of my Zadkine favorites. First, one I don’t have the title for:

We also got lucky and were able to get an Antwerp harbor tour.  They opened a week early because of the excellent weather and we just made the 2:00 boat.  Great harbor tour.

We navigated a construction zone to get there:

The tour was great – plenty of giant industrial stuff: 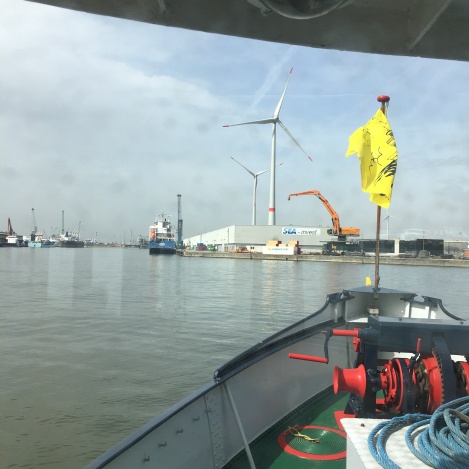 And the way back had its challenges: 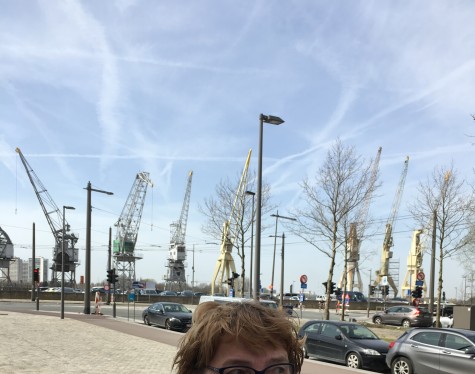 I was reading a practicing financial advisor’s article in a financial planning magazine and ran across an interesting question; “Is your goal to be the richest person in the graveyard?”

Minor surprise here – I ran out of space, so we will (re)visit the interesting question in the next post.  In the meantime, see the actions you can take, below.

Actions you can take include:

-Consider how you might answer the question, “Is your goal to be the richest person in the graveyard?”

And if you have not seen the “Why you should read this blog…WIIFY” post, it’s here

One thought on “Interesting question.”