In remembrance of the ongoing centenary observances of WW I 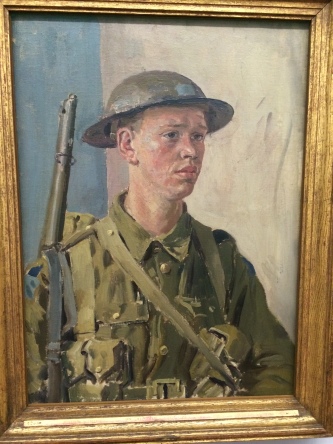 Benes, short for beneficiary or beneficiaries.  The people or organizations who receive something of value from what is left when you pass. (A nice way of saying when you die.  Not if, unfortunately, but when.)  Things benes often receive include money from life insurance, pension plans, 401(k)s, IRAs and the like.

Benes are important because if you’re like me, they mean a lot to you.  Fortunately for my kids as benes, the cat predeceased them.  Benes are also a bit like a car, because they require checking and maintenance.  I read an excellent article on benes this week from Ed Slott, “The No. 1 IRA Mistake”

The message of this post is to check all your beneficiaries, IRA, life insurance, annuities, 401(k), 403(b), other number letter combinations, and any pensions.  Check them at least annually and on any change in family status.  (Although not necessarily after each family disagreement…) Adjust the benes as necessary.

Don’t give the money to the wrong person/people

Apparently, according to Ed’s article, there’s no shortage of people who don’t update their benes after major life events like marriage, divorce, and births.  Strangely, this seems to happen more often than you might think.  The wrong bene issue actually happened to me. A relative of mine did not update their life insurance beneficiary when they got married and the proceeds of the policy went to a relative that was the bene before the marriage.  To compound the issue, bad blood had developed between the deceased and the bene in the period after the marriage.  I guess the good news was that the relative who passed never knew what they had done.  The posthumous cash did not seem to heal the rift on either side.

One of Ed’s points in his article was that an individual did have their benes arranged correctly, then the plan administrator changed and the new system ‘forgot’ the correct designation and, at death, caused an issue.  Somewhat like another maintenance item on a car, double check the bene designation when the plan (401(k), 403(b), IRA, etc.) administrator changes.  Like if you move from Fi****** to Va******.

Be kind to the insurance company and/or plan administrator

When you update a beneficiary designation, let them know the address and phone number of the beneficiary.  After you’re dead, the company will have to try and track down these people (or organizations), especially if you have not told them they are a bene!  If you make it easier, the transfer of the money goes faster.  The claims people are on your side and want a fast and flawless claim process. (I know as I work with a claims team sometimes.)

If you die with money left in your IRA, your beneficiary may be able to stretch out the receipt of the money, thus delaying taxes and potentially growing the funds even more.  I won’t get into details here, but it’s a good deal and you should discuss it with your tax advisor.  The success of the Stretch IRA concept does depend on having the bene designated correctly.

Beni, bene, benny is a play on the Latin, veni, vidi, vici (I came, I saw, I conquered) which used to show up fairly often in cartoons when I was a kid. And no, I don’t know Latin.

And here’s a picture of the delicious hot chocolate at the sidewalk café at Rivoire in Florence, Italy, during the off-season: 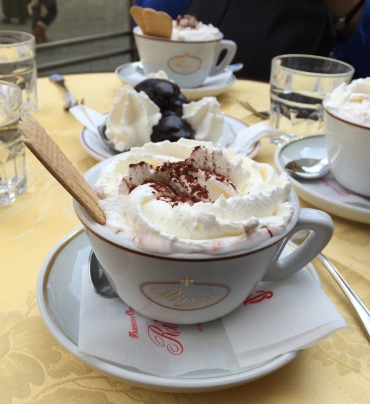 Actions you can take include:

Make a list of your assets with beneficiaries – insurance policies, IRAs, pensions, etc.

Use the list to annually check the beneficiaries with the firms that administer the asset.  You can usually check online.

Discuss beneficiaries with your tax advisor so that you don’t put a bene in a bad tax position.

And if you have not seen the “Why you should read this blog…WIIFY” post, it’s here